Cruise Into A Relaxing Retirement

Do you have a rock-solid retirement road map that will make sure your financial plan doesn't crash? Join Terry Eisert for this classic car show and hear economic updates that could impact your retirement plan. You don't want to miss out on this opportunity to understand the markets. 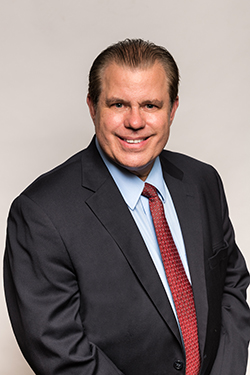 What truly sets Terry apart is his proprietary strategy to help people preserve their wealth during bear markets. He is able to do this thanks to his years of experience dealing with such markets, his calm demeanor, and his willingness to go the extra mile for his clients.

As a life-long student of the stock market, Terry has never stopped trying to perfect his understanding and approach to investing. Long after college graduation, he began a rigorous program at the Fu Foundation School of Engineering and Applied Sciences at Columbia University in New York City. In November 2018, he was awarded the designation of CERTIFIED PORTFOLIO MANAGER™. This makes Terry a member of the prestigious Academy of Certified Portfolio Managers™. He is one of only 350 financial professionals worldwide who have ever been so honored. He is able to use the advanced techniques he learned to help better manage client assets and plan for their ideal financial futures.

Terry is both a Registered Representative (RR) and Investment Advisor Representative (IAR). These two designations require him to hold the very highest ethical standards in the industry. Terry's advice and market commentaries have been featured on the WLW and WVXU radio stations, as well as in the Cincinnati Enquirer, Financial Advisor Magazine, Lending Tree and HerMoney. After growing up on a large farm in Milan, Indiana, he served in the United States Army Finance Corps and was stationed in Germany during the Vietnam era. Terry has also served on the boards of several non-profit organizations. He also actively supports the SPCA, Life Center, and the Westwood Historical Society.

Or Register On The Form